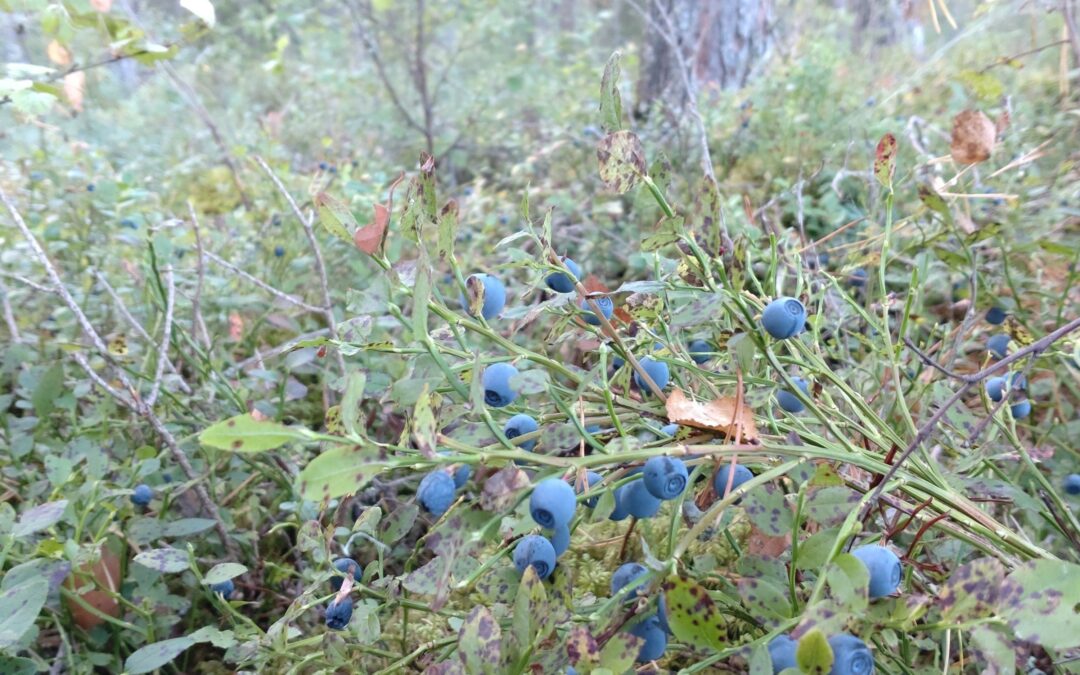 Bilberries and bog bilberries (Vaccinium myrtillus and Vaccinium uliginosum) contain high levels of anthocyanins – the plant pigments that give flowers, fruits and some vegetables red, purple or blue colour. Anthocyanin rich plant parts have been historically used as natural food colourants and modifications to anthocyanin synthesis pathway have been used to breed flowers with wide spectrum of petal colouration. In addition, food industries are interested in developing natural-like anthocyanin based food dyes. Instead of chemical synthesis employing solvents and acid, and extraction from plant material, application of microorganisms for the production of anthocyanins has become a subject of research. Although, there has not been a break through yet, as the yields are not satisfactory.

As bilberries seem to be efficient in accumulating anthocyanins in the berries, I decided to look for genes that participate in anthocyanin synthesis in bilberry and bog bilberry in the hope of finding good candidates for generating a modified yeast strain capable of performing these synthesis steps. In 2021 the genome of bilberry was sequenced. It means that we can now compare the known sequences encoding the proteins that are responsible for anthocyanin synthesis in other plants with the genome of bilberry to find homologous sequences. Then, the bilberry berries are powdered in liquid nitrogen to extract RNA, synthesise complementary DNA and amplify the gene of interest. However, the genome of bog bilberry is not sequenced yet. In that case, first, conserved fragments of protein coding sequences are obtained which give the necessary information for catching the rest of the sequence. As a result, the full-length sequences encoding chalcone synthase, dihydroflavonol 4-reductase, anthocyanidin synthase, flavanone 3-hydroxylase and flavonoid 3′,5′-hydroxylase were obtained from bilberry and bog bilberry.

The above described experimental work was carried out as part of the project “Optimization of novel plant derived enzyme expression in microorganisms for biotechnological application” (project no. 1.1.1.2/VIAA/2/18/286). The mentioned proteins from the anthocyanin synthesis pathway of bilberry and bog bilberry were introduced into the yeasts Saccharomyces cerevisiae and Pichia pastoris with the aim of future application in developing blue coloured food dyes. This work was supported by the European Regional Development Fund and was carried out at Latvian Biomedical Research and Study Centre in co-operation with the Department of Chemistry and Biotechnology of Tallinn University of Technology.

Ripe bilberries (Vaccinium myrtillus) are rich in anthocyanins, which also give the berries their characteristic blue colour.